Brightbulb’s Mince Pie Marathon is back!

You are here:
General 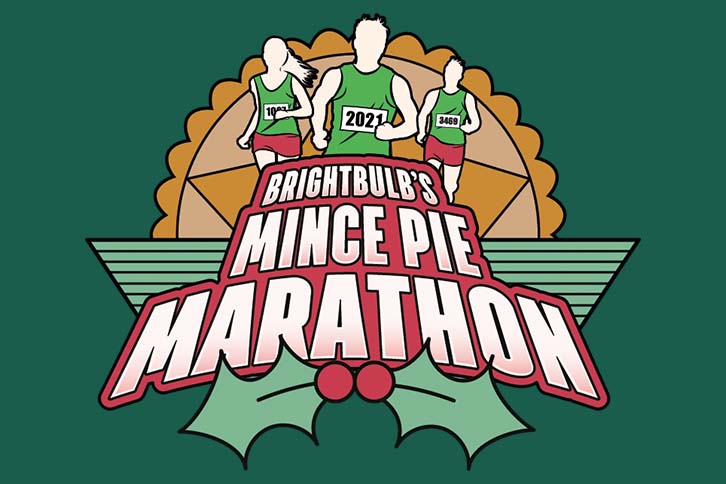 Mince Pie fever is hitting the Isle of Wight once again as Brightbulb Design’s Mince Pie Marathon returns for another year of shortcrust madness, raising valuable funds for the Wight Brainy Bunch charity. The initiative which is in it’s third year has raised £10,000 for the charity over the previous years which goes towards families affected by brain tumours on the Island.

“I’m so excited to see the Mince Pie Marathon return”

“Every year we have stories to tell from the event. Last year we delivered mince pies at the top of scaffolding for builders whilst residents and businesses alike donated pies to carers and the hospital  to say thank you for all the great work that had been done over the course of the year. Many businesses donated their pies to the food banks and Salvation Army so that the joy could be spread even further. We had great doorstep conversations with Island residents who found the whole concept a fun break from the Covid doom and gloom that engulfed us.”

This year IT service and support specialist, PC Consultants have taken on the challenge of supporting the Mince Pie Marathon as the headline sponsor, having finished within the top 10 over the previous couple of years.

“We have taken part in the Mince Pie Marathon since its inception but this year we really wanted to take it to the next level and sponsor the event, helping our friends at Brightbulb smash a new Mince Pie selling record and in turn raise thousands of pounds for the Wight Brainy Bunch.”

To take part all you need to do is purchase some mince pies. Simply log on to www.mincepiemarathon.co.uk and choose how many boxes of mince pies you want delivered and the team will take care of the rest. Each mince pie costs £1 and every penny is donated to the Wight Brainy Bunch charity.