Celebrating our Marketing and PR award success. Image courtesy of the County Press

Earlier this year, we found out that we had been nominated for two awards in this years Isle of Wight Chamber of Commerce Business Awards. We have won two awards previously and so we were thrilled when we heard the news of another nomination!

This year seemed very different to previous years, when we spoke to other Island businesses that had been nominated, everyone felt that with a brand new judging panel, and lots of exciting new additions, it seemed an even bigger deal to be part of the amazing event.

As we got closer to the awards evening, the excitement started to build on social media channels with numerous tweets wishing everyone good luck.

When the day arrived, we got glammed up and got to the Cowes Yacht Haven for an earlier than usual start. Immediately we could see some exciting new additions when we saw a huge digital billboard outside and a red carpet in the entrance. We were greeted by Steven Holbrook – The Chamber CEO, who guided us along the red carpet where we were given a glass of bubbly and saw a huge ice sculpture of a Chamber award, a nice touch! 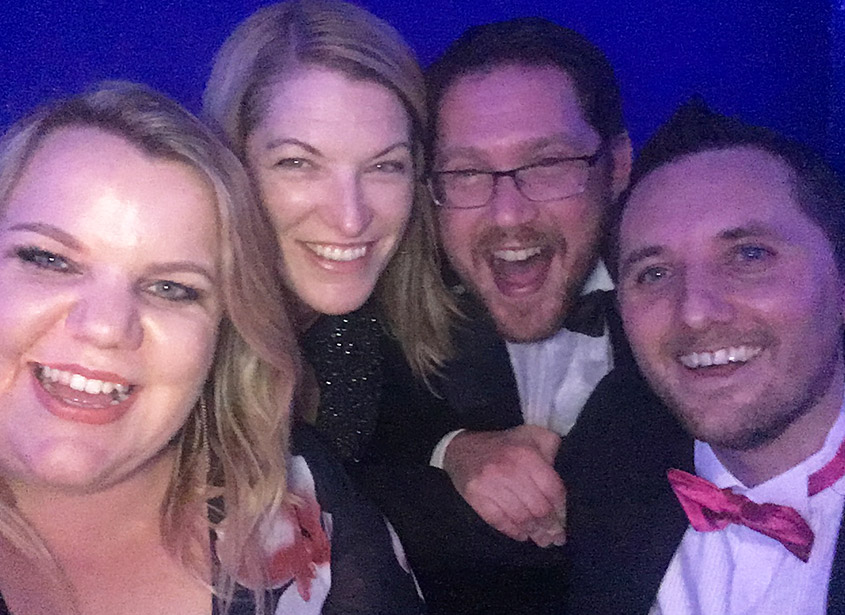 The excitement built as people networked and had photos taken before we were prompted to take a seat for the start of the evening. We sat down with our good friends Georgie from Georgina Bottriell photography and her husband Mark, and Alison, Tony and the team from Real Employment Law and Advice. It was a very relaxed dinner with great friends and started the evening off brilliantly. 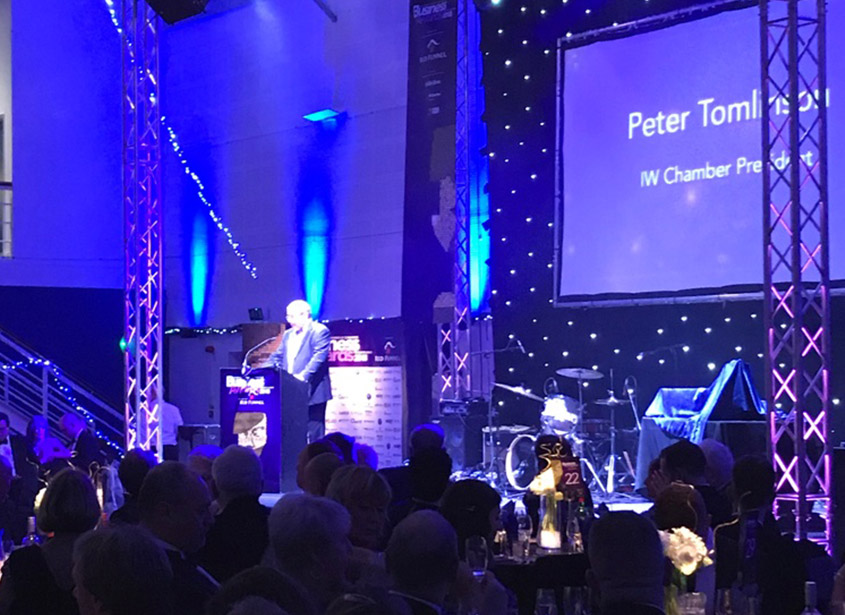 The President of the Chamber then began with a speech about the prestigious awards and how the standard this year was exceptional. Peter then handed over to Steven Holbrook who held an Auction for WightAid. We did bid on a few items but sadly were outbid, however these Island businesses that have supported WightAid did an incredible job and the auction was a huge success.

Anneka Rice then took to the stage to begin the awards! We could feel the nerves and excitement building and one by one watched incredible Island Businesses winning these prestigious awards. When it came to the Marketing and PR award, our nerves built and we were absolutely thrilled to be called out as winners! This was a huge surprise to us and a great honour. We took a selfie with Anneka Rice in true PR and Marketing style to tweet about immediately after our win. 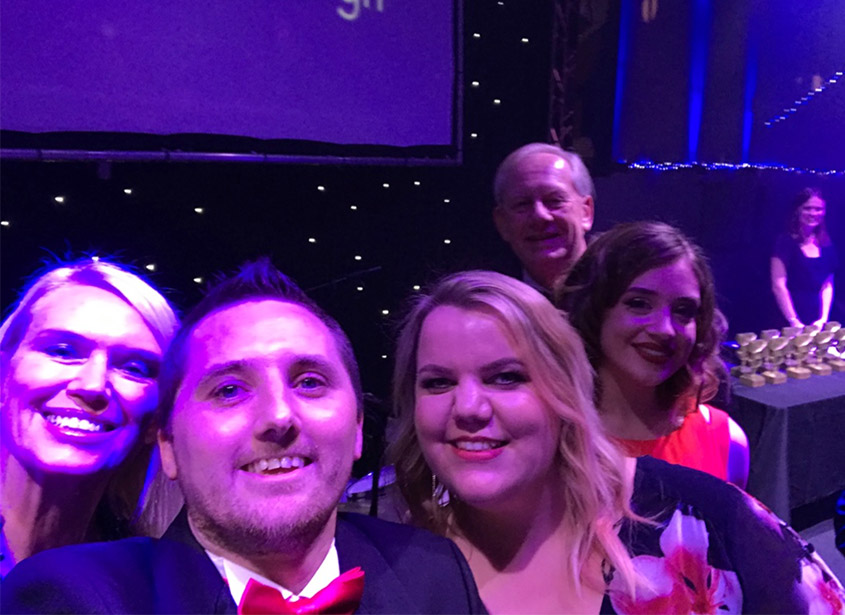 We watched as some of our admirable clients swept up awards through the night with Lifeline Alarms scooping the Employer of the Year Award, PC Consultants won the Growth Business of the year, with Real Employment Law and Advice receiving the highly commended award for the same category. WightFibre deservedly won the Excellence in Customer service award, and just as Sandra from Hillbans Pest Control was doing her brilliant “loser dance”, they were very shocked and thrilled to win the Chamber member of the year award! 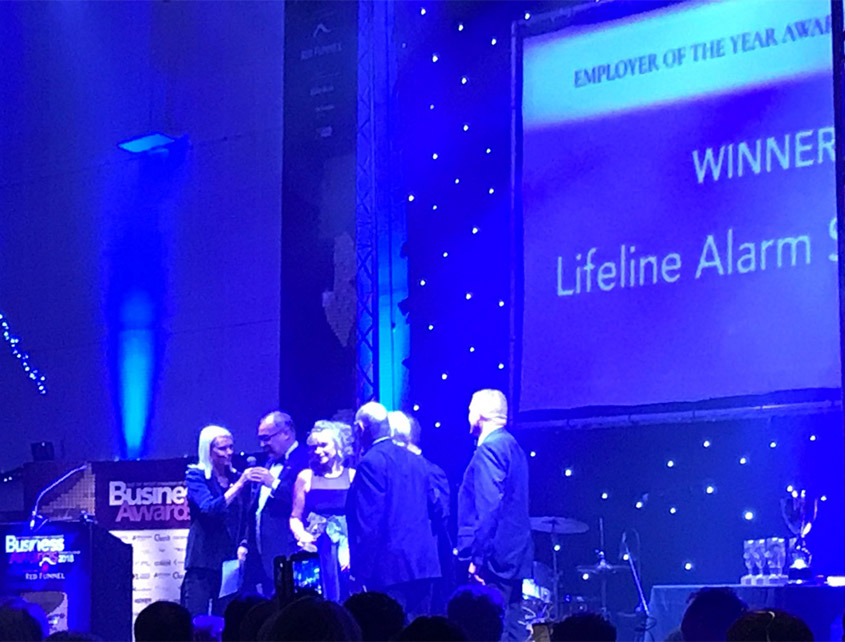 One of our clients, Lifeline winning the ‘Employer of the year’ award

The rest of the evening was all about having fun and celebrating! We danced the night away with friends from Isle of Wight Jobs and Peekaboo Design and relived our youth playing games in the inflatable fun zone, possibly our favourite new addition this year. Matt had a chance to take on Sean Colson from PC Consultants who is proved to be very spritely on his feet.

The Brightbulb team had an incredible evening and would like to congratulate all of the winners and nominees.

We also want to thank everyone at the Chamber including Steven, Tom, Emma, George, Kathryn and the rest of the team for working so hard to create such a fantastic event. We can’t wait to see what next year brings!