Local web design studio, Brightbulb Design have successfully completed their yearly Mince Pie Marathon charity campaign in aid of the Wight Brainy Bunch. In doing so they, along with headline sponsor WightFibre have doubled the funds raised last year, raising £6,415 for the charity, all through the sale of mince pies. Over 6000 mince pies were sold, delivering to 153 destinations in a single day, making it the biggest mince pie extravaganza the Island has ever seen.

Local businesses took part in the event with Cowes Site Employees Charity (BAE Systems) topping the leaderboard by purchasing 684 mince pies, all of which were donated to the Isle of Wight Foodbank to support local people with emergency food over the Christmas period. Top Mops Ltd took second place with Ryde House Group in third.

“This year’s mince pie marathon has been an emotional, rollercoaster ride. In a year that has been hard for everyone we have received some truly incredible donations. It’s amazing how one little fundraiser can have such an effect on so many areas of the community. Various members of the public had gifted mince pies to elderly relatives and loved ones on the Island and we had some lovely conversations with some of these members of the community, who really enjoyed the chance to chat with us at the doorstep. It seemed to serve as a real boost to them in what has been a miserable year.“ 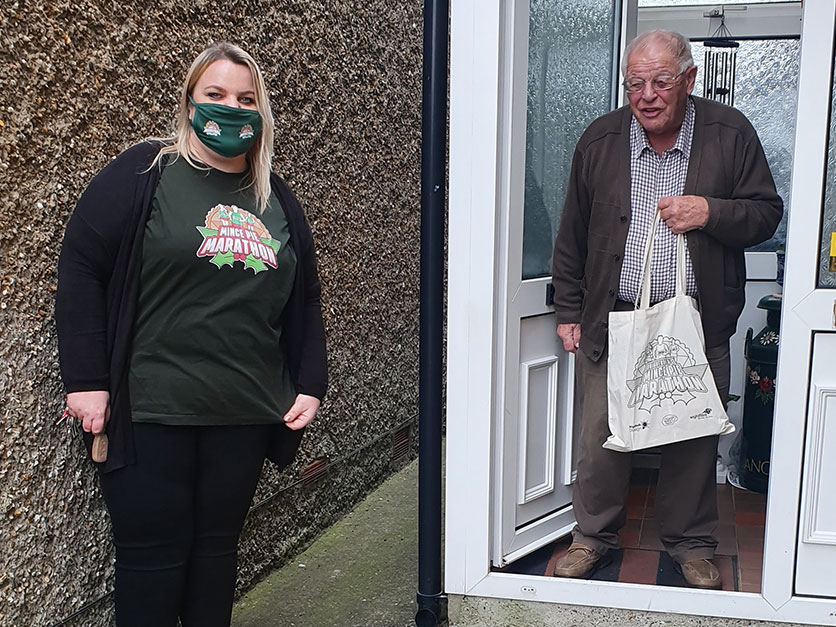 This year several businesses asked Brightbulb to deliver the mince pies they purchased to the Foodbank, Aspire Ryde and The Salvation Army. RPL Construction donated their mince pies to the doctors and nurses at St Marys’ hospital who have been working so hard this year and along with Top Mops also donated mince pies to over 11 care homes across the Island.”

“We rung the care homes to let them know that we were sending mince pies to them for Christmas through the mince pie marathon and we had amazing feedback. One manager cried down the phone to me. Many of them said how they’d had to cancel a lot of their usual Christmas activities due to Covid, so this was something exciting for their residents.” 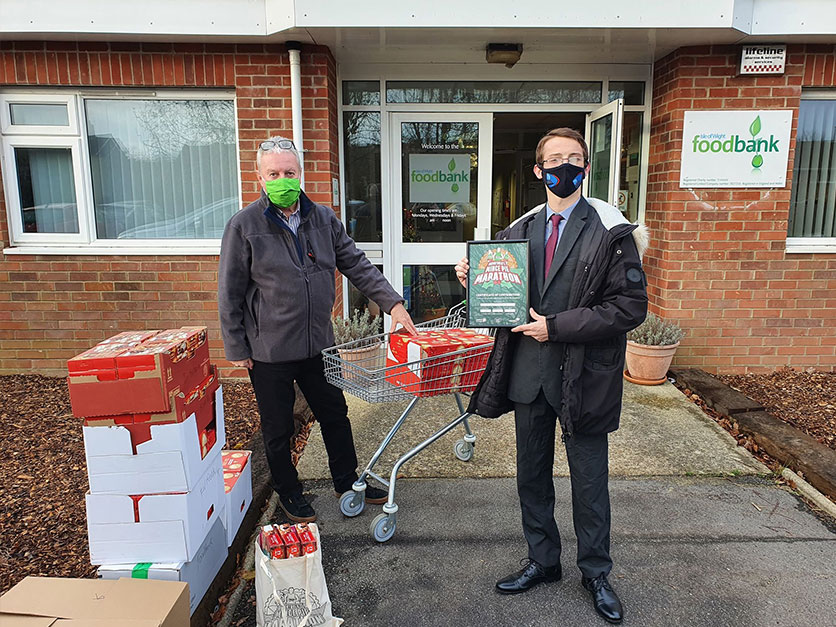 This year’s event benefited from the support of WightFibre who sponsored the initiative and helped Brightbulb deliver across the Island.

“WightFibre are pleased we could help with this year’s mince pie marathon. Our team really enjoyed the experience and comradery of the event and delivered thousands of mince pies across the Island. The Mince Pie Marathon is a great way to spread some Christmas cheer whilst raising funds for the very deserving Wight Brainy Bunch.”

To find out more about the mince pie marathon go to www.mincepiemarathon.co.uk.