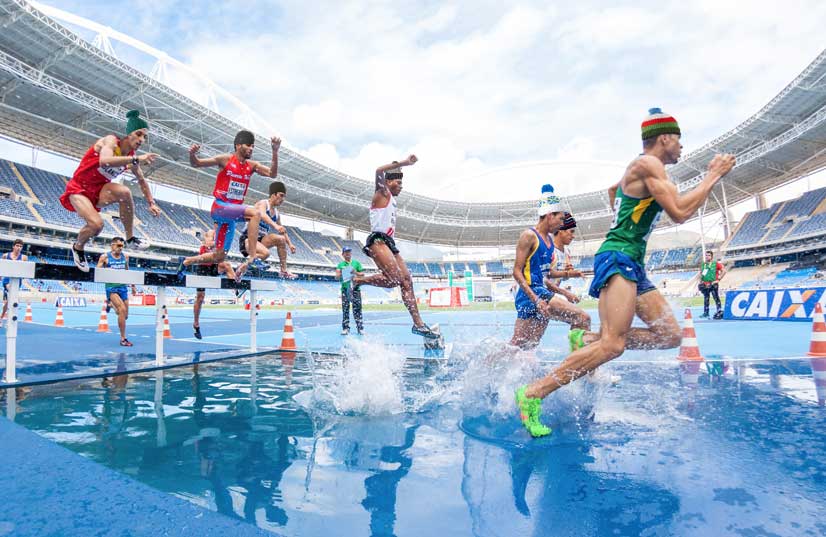 After the Olympics ended we were all plunged into a massive sport hangover, but now the Paralympics are starting we can all get Olympiced up again. There is still more history to be made in Rio, but so far there have been some phenomenal stories.”

Usain Bolt taking gold like he was out for a jog in the park, the diving pool mysteriously turning green, the combined gold haul of GB cycling’s golden couple Jason Kenny and Laura Trott. The Fiji men’s rugby sevens team winning gold in spectacular style. Mo Farrah stumbling and falling in qualifying races before leaving with two gold medals. Shaunae Miller’s incredible dive over the line to win the Women’s 400m final or Carlos Colomba Nicolas riding to bronze in the Men’s Mountain Bike Cross Country and putting it down to the power of his moustache.

Some great stories from Rio for sure, but looking back to 2012 one of my favourite Olympic stories does not actually have anything to do with sport.

The London 2012 Olympics was probably the first Olympics where I personally was aware of the somewhat ferocious nature of the defence of the Olympic brand identity. Four years ago it was tricky to know if you could even use the words London and 2012 in the same sentence without infringing on a rule written on page 423 of the Olympic branding report. In actual fact I am still not sure that you can say London 2012 without a licence. Who knows how much money in fines that I have just clocked up for Brightbulb Design by saying London 2012 in this article. Even by typing that I have gone and said London 2012 again. I can’t stop myself!

It did feel like, if you were to draw the universally recognised logo of the Olympic Games on a piece of A4 cartridge paper, in crayon, in your own front room, by the time you joined up the fifth of the coloured rings a suited representative from the Olympic Games Committee would knock at your door and warn you that if you plan on finishing the drawing you would have to pay the standard two hundred pound licensing fee, and if you did you would have to use “Crayola” crayons as they are the official crayon supplier to the Olympic Games. 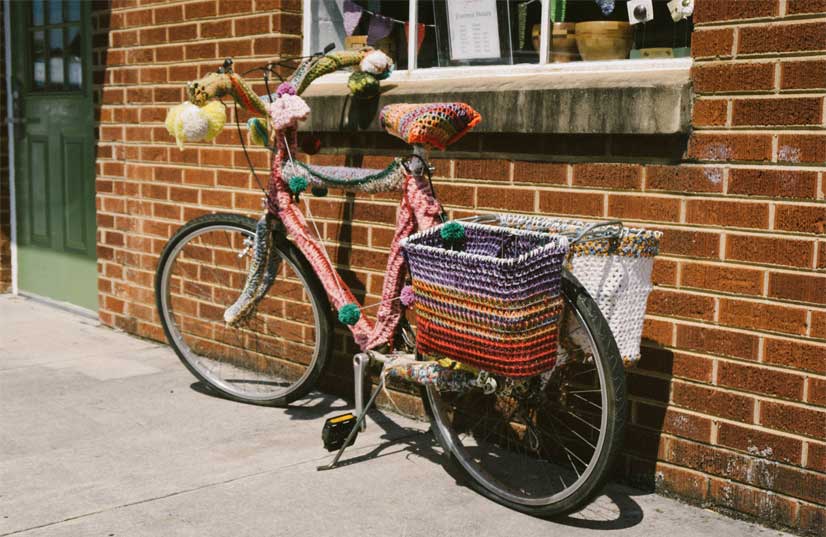 Which is why when the knitting and crochet social network, Ravelry, decided to hold its own “Ravelympics”, by publishing knitting patterns that you could knit while sitting at home enjoying the sport on television and including such wonderful events as “Afgan Marathon, “Sweater Triathlon” and “Scarf Hockey”. I guess that it was only a matter of time before Ravelry received a letter emblazoned with one of the biggest brand identities in the world, the five Olympic Rings and the logo of the United States Olympic Committee, stating, yes, you guessed it, a cease and desist mandate. The letter stated that the actions of Ravelry “tends to denigrate the true nature of the Olympic Games”, the letter also stated that “in a sense it is disrespectful to our finest athletes and fails to recognise or appreciate their hard work”. Strong words indeed from the USOC but it could be said that they were not ready for the backlash from the worlds massed knitters.

Users of Ravelry were so incensed and offended by the nature of the letter and its generally insulting tone that they banded together, leaving a massive number of messages on the Olympic teams Facebook page, pelted the USOC Twitter account with tweets and flooded them with emails complaining about the letter. Ravelry members even located the Twitter account of the poor office worker who sent the letter and they bombarded him with tweets as well.

I think we can all agree the Olympic committee were overzealous in their behaviour towards Ravelry. However, you have to give them prompts for their absolute and undeniable protection of their brand. Many businesses can take heed from this story and think, “do I protect my brand”. If you give your logo to a third party to use, does it go accompanied with brand guidelines to protect the use of that logo. If you are having something printed for your company do you make sure the original pantone colours are used as specified by the designer that created your branding or do you allow the possibility of your brand to be diluted by others. Your brand identity is yours to safeguard and protect and if you don’t know how to do this, then make a professional design agency such as Brightbulb Design your first port of call.

In the case between Ravelry and the Olympics something incredible happened, something that has probably never happened before and will probably never happen again. The United States Olympic Committee, apologised and backed down. In a statement a spokesman from the USOC, apologised for any insult and thanked the members for their passion and support and so the “knitting games” continued.
Now if that isn’t a real Olympic underdog story, I don’t know what is. Sport is for all, and so is knitting.