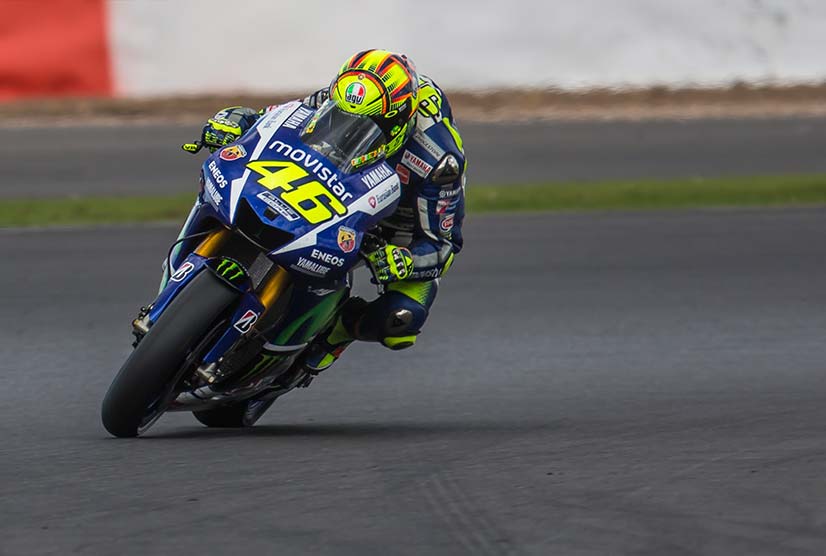 When you think of motorcycle racing and motorsports in general, you cant help but think of all of the advertising and high stakes branding of everything from brightly coloured race livery on the actual bikes themselves, on leathers, on team shirts, on lorries, and advertising hordings. This used to be all about the branding of the advertisers that held the sponsorship dollar but no longer.

Fortunately gone are the days where Marlboro, Lucky Strike, Rothmans and the like made the start line look like any shelf in your local tobacconist. The large corporate advertising machine rumbles on fortunately without the giants of the fags and booze marketplace but almost as importantly is the brands of the riders themselves.
The first time that I became aware of a riders individual brand was back in 1996. American supercross superstar Jeremy McGrath, who had a long and fruitful relationship with Honda and taken three AMA championship victories for the manufacturer, announced that he would be leaving Honda as he could not agree terms regarding his “personal brand”. At the time I did not fully understand what that meant and possibly not many regular race fans really did, I figured that it was something to do with selling tee shirts and thought no more about it, apart from being concerned that he had taken the wrong turn in his career as he fought the Suzuki for the whole year, losing his title and buying himself out of the second year of his contract to sign for Yamaha and going on to be one of the greatest supercross racers of all time.

When you look at McGrath’s career now with hindsight you can see how wise he was to opt out of the controlling walls of his Honda contract and carve his own branding. If you are unaware of Jeremy McGrath, something else happened in 1996 concerning a motorcycle racer who I am sure you have heard of, Valentino Rossi.

In 1996 Valentino was a lanky teenager from Tavullia in Italy who had just won the 125cc World Championship, splashed across the front of that Aprilia 125 was the number 46 in a bespoke, almost impact meets Haettenschweiler like bright yellow skewed font. Vale was like a breath of fresh air through the paddock, with each race win his victory celebrations become more and more extravagant, from a Robin Hood hat, cape, bow and arrow to picking up a fan club member dressed as a Chicken as a nod to a personal sponsor, a local chicken farm. In the days of stone cold racers maintaining their cool at all time, Valentino was the crazy kid who battled his rivals with all of the style and speed of his Italian motorcycle racing forefathers and also stood out, smiling and waving at the camera on the start line, making jokes defusing high pressure situations, a pre-ride ritual which involved crouching at the side of the bike and holding onto the right foot peg, and of course, winning and winning and winning. 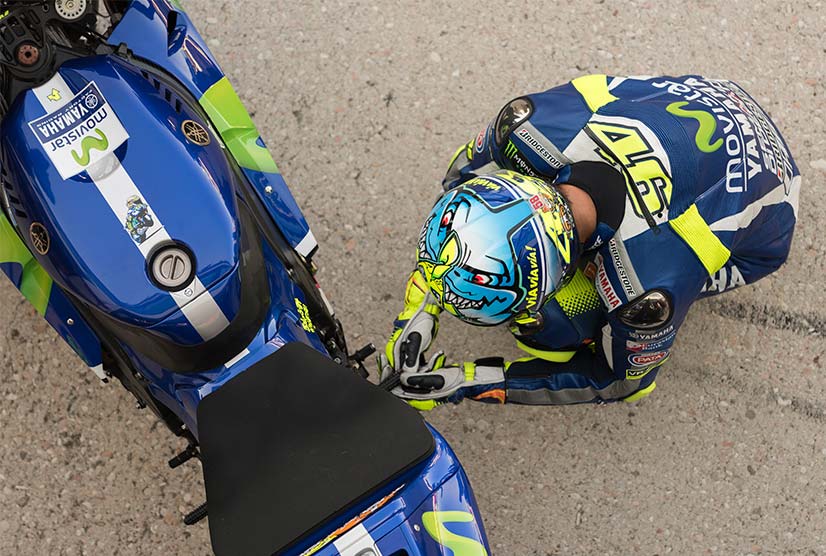 Nearly 20 years on Valentino is commonly known as the goat (the Greatest Of All Time). 9 world championships, 112 race wins the 36 year old currently leads the MotoGP World Championship and is possibly the most famous motorcycle racer of all time. Now its obvious that Rossi has a gift and a natural ability to endure but the ease of accessibility of his personal brand has helped him gather and keep his legion of fans. The large yellow 46 in a thick slightly angled font and Valentino’s penchant for splashes of yellow on his leathers, bikes and helmets gave his fans a badge and a uniform. The helmets wear always painted by one man, Aldo Drudi of Drudi Performance (more about his particular genius another time), always with the Sun and Moon logos, in the beginning yellow sun on one side, black and moon on the other, the designs have evolved altered and been re-invented but still, very importantly hold those sun and moon logo. This again in an age of stripes and simple primary colours marked Rossi out and gave his fans and extra thing to get hung up on.
Valentino’s brand has been so all encompassing and so powerful other riders have learnt and have followed Rossi’s lead. 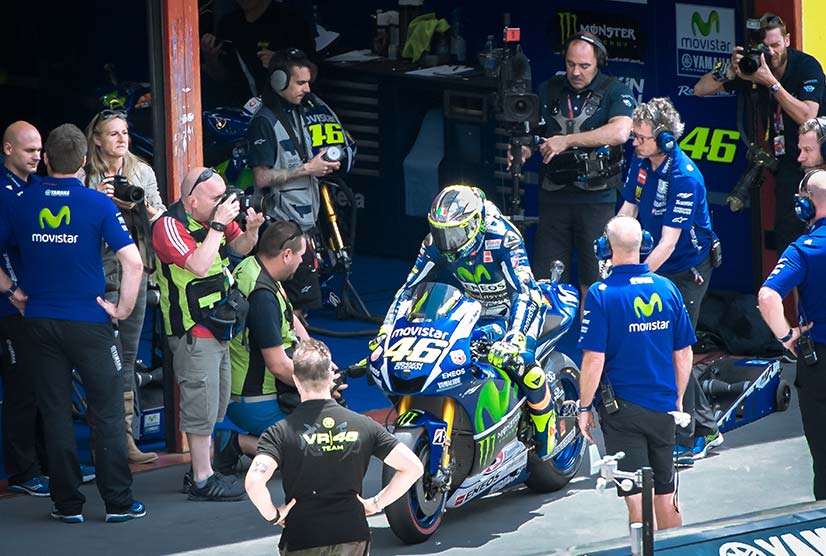 If imitation is the most sincere form of flattery and from the 16 year old rookies of the support class of Moto3 to the rest of the battle hardened MotoGP racers, all the riders are now instantly recognisable not just from the number but from the riders logo and number font which is plastered over not only just the bike but the pit signage, lorries and on the television graphics beamed all over the world, reminding you of the individual brands.

For Rossi, every race is a home race, England, Japan, Australia, Germany or France all show the same love for Valentino, the banks and the grandstands packed the yellow tee-shirted, 46 baseball hat wearing race fans ensuring that Rossi’s brand is the biggest in the world.

Find your brand early, stick to it and grow.