Sky One, All Star Christmas Presents 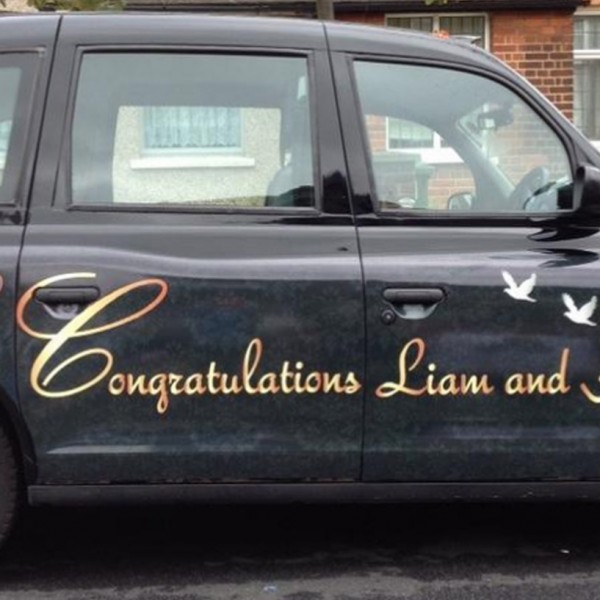 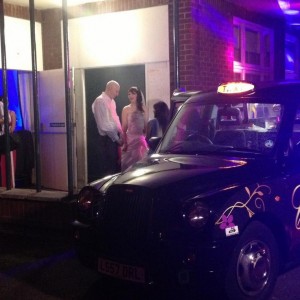 TV production company Two Four asked for a one off taxi design for a Sky One Christmas special called “All Star Christmas Presents” which rewards some of the most inspirational people across the UK with life-changing surprises involving well known celebrities.

The idea was to surprise a truly rewarding couple, Liam and Alice, on their wedding day. The Groom had been diagnosed with terminal cancer, so they had to bring the date forward from 2014 to 2012. The whole community came together to donate a venue, wedding dress, suits for the groom and best man, flowers etc and Sky One added just a few little extra surprises of their own.

Two Four wanted a traditional black London taxi to arrive in which out pops a celebrity to present them with their dream honeymoon package. This would be the most perfect and dramatic finale to the whole day. So with the help of Brightbulb Design, Wrapacab and Budge print this dream became a reality.

Brightbulb set about designing a sophisticated looking cab for the big day with a huge congratulations to the happy couple. Below is a little more on Liam and Alice’s story.

Alice and Liam had been together for almost 3 years after meeting at a New Year’s Eve party. Last year Liam was diagnosed with an aggressive form of bone cancer, Osteosarcoma, after visiting the doctor with what he thought was a pulled ligament. Not long after his diagnosis he had to have the bottom of his left leg amputated and replaced with a prosthetic. To add another blow, earlier this year he was informed the cancer had spread – this time to his lungs and he had to have half of his left lung removed. Doctors have told Liam that despite treatment he will not be able to overcome his cancer but he may be able to increase his life expectancy. For this reason the couple decided to bring their 2014 wedding forward to October 21st 2012.

Despite the obvious setbacks the couple remain positive and are clearly in love. Liam is a practical joker and refuses to let his condition take over his life.

Check out a video about the day by clicking here