Raleigh Reg and The Little Hercules 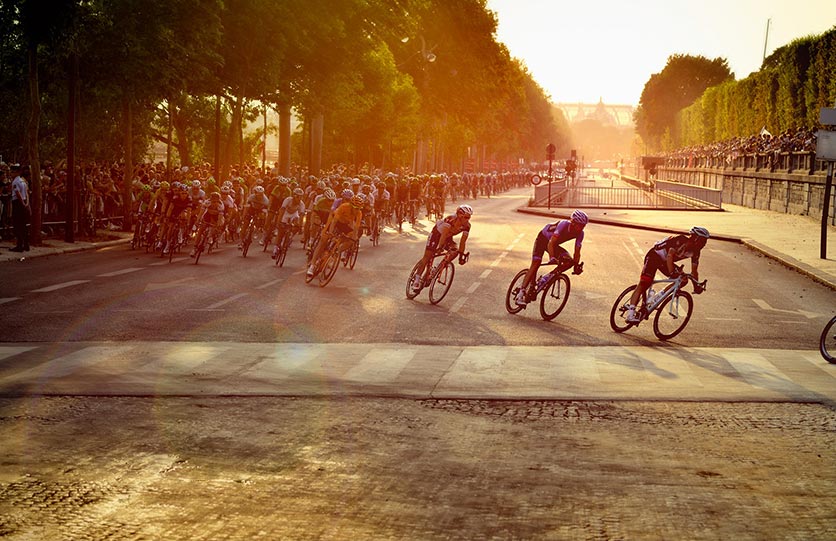 On Saturday the 1st of July, the 2017 Tour De France begins in Düsseldorf.

The riders will reach the finish line 23 days and 3,540 kilometres later, but modern cycling is not just about getting your rider to wear the yellow jersey and to the finish line first.

This year will be the first time that every single minute and every single kilometre will be broadcast on live television all around the world. Unbeknown to the average viewer the 22 teams will have other substantial reasons to spend their ride to Paris trying to get their cyclists into breaks up the road away from the peloton and not just gathering points for the team classification. Importantly they will look to get their riders, the bikes they are riding, the kit they are wearing and their sponsors logos and corporate identity branded all over that kit, on the television to be beamed all over the world. 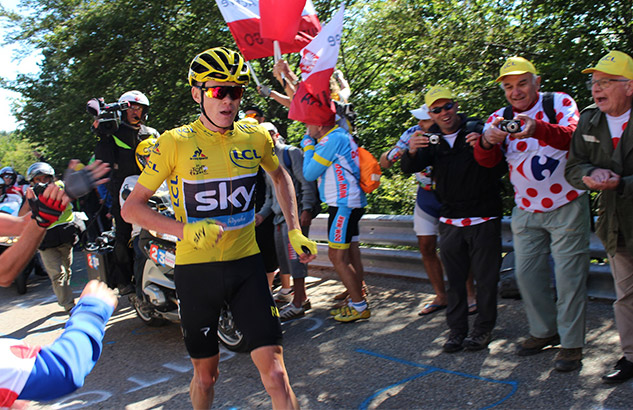 If you are uncertain about the power of this sort of subliminal advertising and the brand impact it can have, just think about Team Sky. Even if you are not interested in cycling at all, you will know about Team Sky, the tour wins, Chris Froome, Geriant Thomas and Bradley Wiggins, even if over the past nine months or so some of the publicity has not been all that good.

Most people, in this country at least, are aware of Raleigh Bicycles. If you are around my age, you would have grown up with Raleigh bikes back in the eighties and probably wrote one of them down on your Christmas list on more than one occasion giving kids their first taste of the joy and freedom of riding a bike. The Raleigh brand dominated bicycle sales in the UK in the eighties, creating a number of cult classic bikes along the way. The Raleigh Chopper is the bike that people all remember with its cruiser style frame, big back wheel and gear shifter on the top tube, it was a truly innovative design which created an excitement that cut a niche all to itself…

but that wasn’t the end of the story. 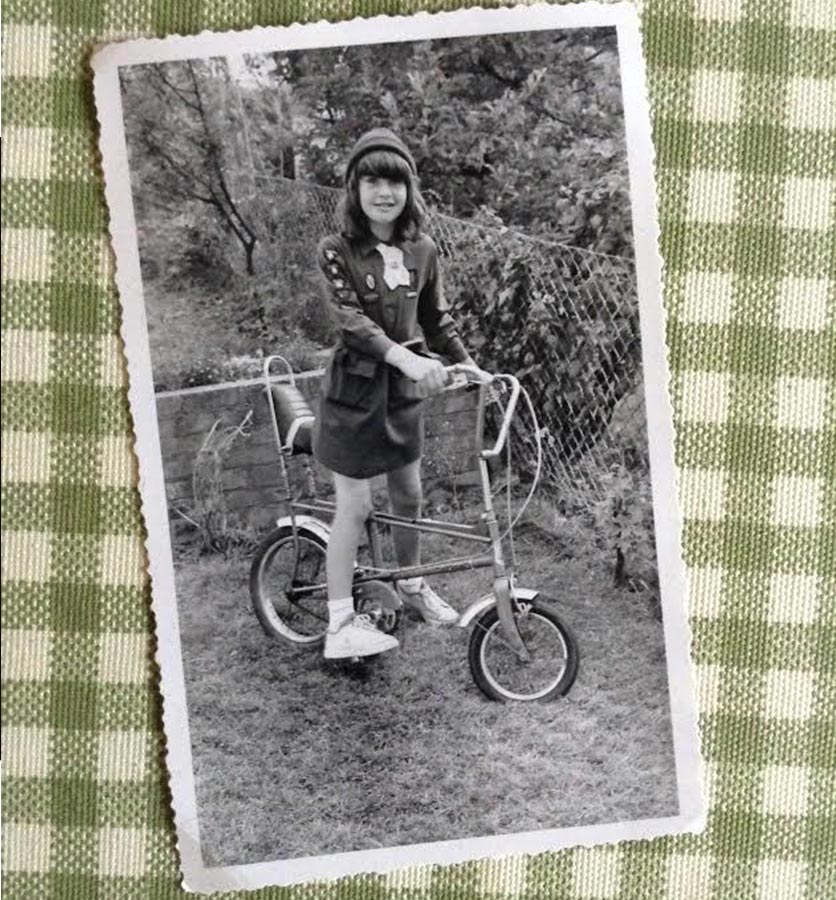 The BMX Burner brought the new American craze of bicycle motocross to this country, but there was also the Grifter, the Chipper, the Arena and the scaled down Chopper, the Tomahawk. Sadly I never owned one of these cult classic Raleigh’s. My wife however, when she was ten years old and got her first proper bike, a Raleigh Tomahawk, which I am reliably informed became the trusted mode of transport to weekly Brownie guide meetings.

In the eighties Raleigh was the largest bicycle company in the UK by a long way and creating these iconic bikes and staying on the curve of what new cyclists wanted, is what kept them ahead of the game. The following 30 years has been fairly tough on Raleigh but that is another story for another time. Instead, let’s go back another thirty years in the company history.

Back in the late forties in post war Britain, the bicycle was experiencing a huge boom. Cycling was not only an affordable way to get you to work and back but cycling was also seen as a way to get out into the great outdoors and the competing manufacturers marketing and advertising was geared completely toward this. Post war, Raleigh poster designs constantly underlined the benefits to buying into the Raleigh brand, bright, highly colourful artwork showing a handsome man and a beautiful woman out on their shiny new Raleigh bikes, most likely on their way to a picnic or the beach, surrounded by the most picturesque of rolling countryside. This certainly pulled people toward the enjoyment of cycling and the healthy lifestyle that it offers but it didn’t sell the company’s sports bikes. To do this they would need a rider to win races, and that is where Reg Harris enters our story.

Reg Harris was an aspiring amateur racing cyclist who turned professional when he signed a deal to ride Raleigh bicycles in 1949. As soon as he signed he won the first of his four world sprint championships. Reg soon became a household name with good looks and an obvious easy charming manner, he became a real sporting hero. Men wanted to be like him and women wanted to be with him. Reg’s success sold bikes, if you wanted to be like Reg, for a few shillings a week you could ride the same bike that Reg rode.

He definitely sold bikes to men, but cycling was a truly inclusive hobby and Raleigh wanted to sell bikes to women as well and set their sights on signing a female racer. Eileen Sheridan was a hobby rider who enjoyed going on club runs with her local cycling club and enjoying touring holidays. Although Eileen was not a keen racer to begin with, when she tried it, she found that she had an instant ability becoming a top national time trial rider, breaking records as an amateur. Raleigh made a move for Eileen’s signature but had woefully miscalculated their offer, which was only a fraction of what Reg would have been paid. Eileen was rather disappointed to say the least, however, there were a number of manufacturers keeping watch on Eileen’s progress and after a telegram arrived with what Eileen described as a “marvellous offer” she signed to Raleigh’s main rival Hercules in 1951. 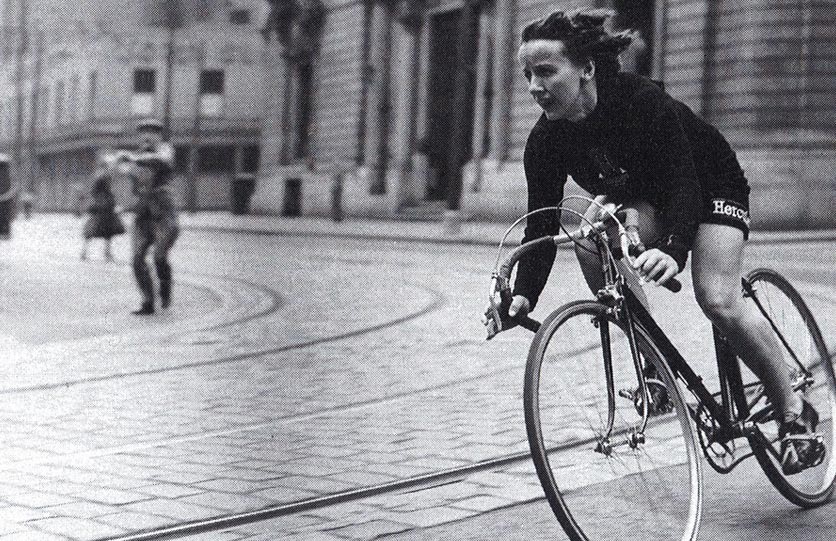 Aboard a brand new Hercules bicycle within two years of signing the contract, Eileen had smashed every single women’s record out there, the most incredible being the Lands End to John O’Groats point to point record, completing the 872 miles in 2 days 11 hours and 7 minutes.

Standing at 4’11” Eileen was known as the Pocket Hercules and became just as popular as the Raleigh riding hero Reg Harris. With every record she broke, every newspaper feature, every television news broadcast, she sold bicycles. Looking back at that period, she created the Hercules brand, selling thousands upon thousands of bikes to both women and men, putting Hercules on what would be close to an even footing with Raleigh for market share. 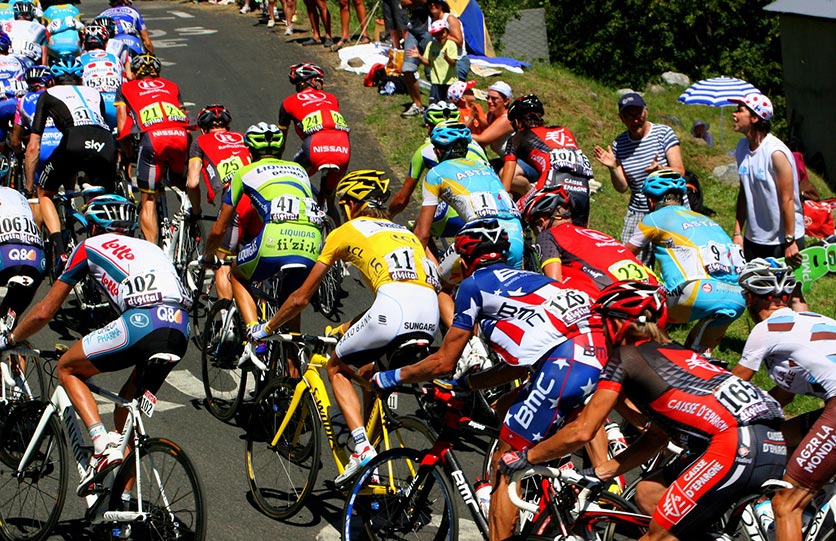 In the present day, cycle racing has certainly moved on. There are so many different bicycle manufacturers all competing to be the best. With the publicity surrounding the three week Tour de France it gives the chance to raise brand awareness to it’s highest level.  Unlike Reg Harris and his Raleigh Lenton Sports bike, you won’t be able to buy the hand crafted carbon fibre pinarello bike that you see Chris Froome riding up the Alpe d’Huez mountain in the next month, well maybe if you have pockets deep enough to hold at least eight thousand pounds. Overall the riders job stays the same – ride hard, get to the front, be seen and increase the exposure of the corporate identity on your jersey.

It is called the toughest sport in the world for a reason.