Once again, the Mince Pie Marathon hit the streets of the Isle of Wight and even Hampshire this year with a record-breaking amount raised through the yearly charity initiative. The event, setup by local web design studio, Brightbulb Design has gained momentum over the past few years and recorded its largest ever fundraising of £8,872.00 for the Wight Brainy Bunch Charity, with close to £20,000 raised over the last 3 years.

“We are so happy to have raised such an amazing amount this year for the charity. We really got a heart-warming sense of happiness from everyone we visited on the marathon run. So many businesses and members of the public where happy to see us and in great spirits with many dressing up in festive attire for our arrival.“

This year, event sponsor and renowned Island IT firm, PC Consultants provided two of their own mince pie delivering elves to help with drop offs across the Island, including delivering 1500 mince pies to the local foodbank, purchased and then donated by local businesses.

“We were really excited to be involved as a sponsor this year after buying mince pies in previous years. It’s been a fantastic effort from everybody involved and we are very happy to have raised a record breaking amount for the event”

In addition to the Isle of Wight deliveries, for the first time the Mince Pie Marathon expanded to Portsmouth, Southampton and Chichester thanks to the delivery network of Island tomato growers, The Tomato Stall.  In addition, local coffee firm, The Island Tea and Coffee Company donated Christmas coffee to every order. This year’s Mince Pie Marathon champions were local EPOS firm WRS Systems who purchased an incredible 2,400 mince pies, half of which were then donated to the Island foodbank and half to the Salvation Army for distribution to those most in need.

You can see more photos of the day at www.mincepiemarathon.co.uk 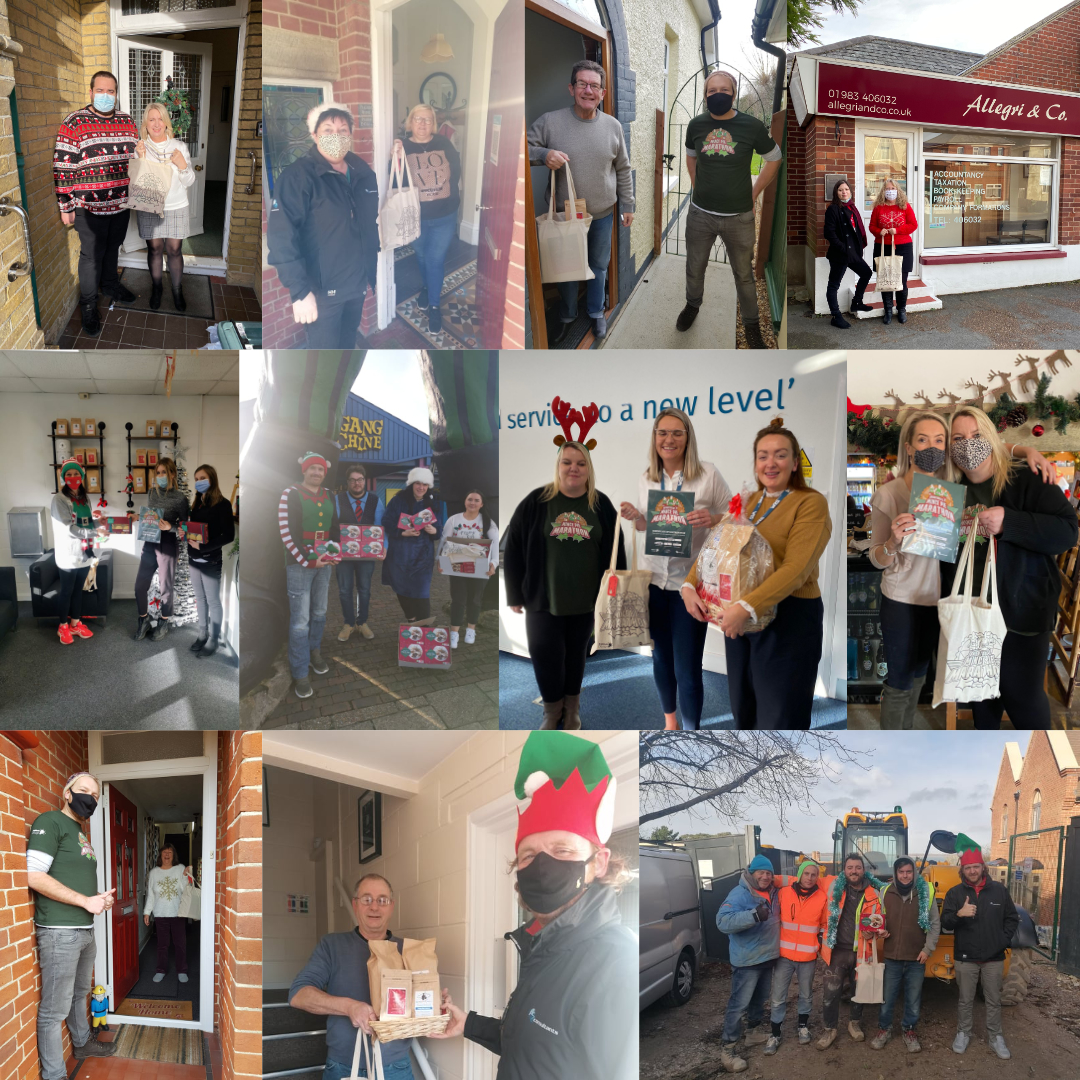