At the end of 2019 we created an event called the Mince Pie Marathon in aid of the Wight Brainy Bunch. The idea was to deliver as many mince pies to Isle of Wight businesses as possible in a single day. Any Island business could purchase a mince pie for £1 and all the mince pies were donated by Supermarkets and other supporters of the event meaning every pound raised went to the charity. We setup a website to make your donations expecting to raise £500  but the event took off and was a resounding success with businesses from not only the Isle of Wight but also mainland businesses getting involved to help us raise over £3000 for the charity.

We had Hovertravel selling their mince pies onto commuters for extra donations to the Wight Brainy Bunch, Carisbrooke Shipping set their own marathon around the office for all the staff to earn their mince pies. We had businesses following us all day on social to see where we were and when we would turn up at their door. We turned up in the middle of a comms meeting at IFPL to a resounding cheer and applause, parked the cabs up at PC Consultants, Hillbans Pest Control, Peekaboo and Isle of Wight Jobs and had a communal gathering in the street between the businesses. The Island was full of mince pie loving businesses.

Here is the story of the day in video (above) and a few images, the full raft of images can be found in our Facebook album here. 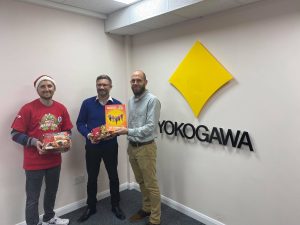 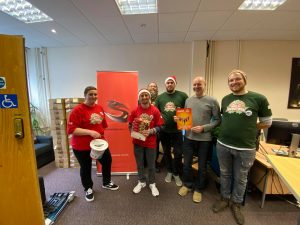 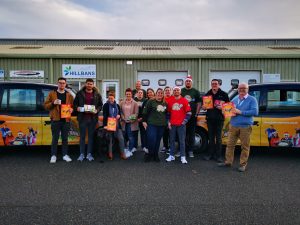 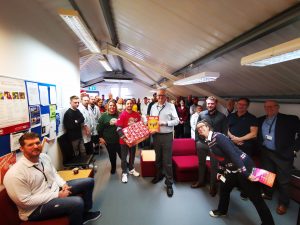 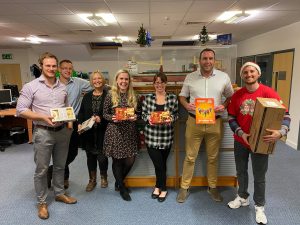 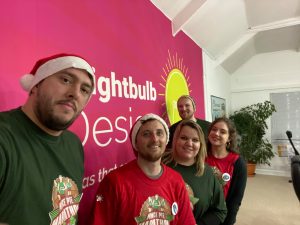 A huge thanks to the supermarkets and supporters that donated mince pies including Waitrose, Tesco, Asda, Sainsburys, Morrisons, Bookers and the Travel Counsellors. Another huge thanks to the businesses that supplied us with vehicles for the delivery on the day including Sherbet London for supplying us with 2 iconic London cabs with our custom Mince Pie Marathon graphics applied and Leslies Motors for supplying an amazing Hyundai Kona electric vehicle that the made a very comfortable drive around the island. Also a massive thanks to IDML for supplying us with custom red and green t-shirts for the event which we wore with pride and can be seen throughout the video above.

Last but not least thanks to every business that got involved in this event and ordered mince pies for this amazing cause. When the team returned at Brightbulb HQ after the event we were exhausted and overcome with emotion because of how generous every business was and how much each business took this crazy idea to heart, creating your own events within the event itself, spreading the joy of mince pies throughout your business. We thank you and hope you will join us for #MincePieMarathon2020 next year.