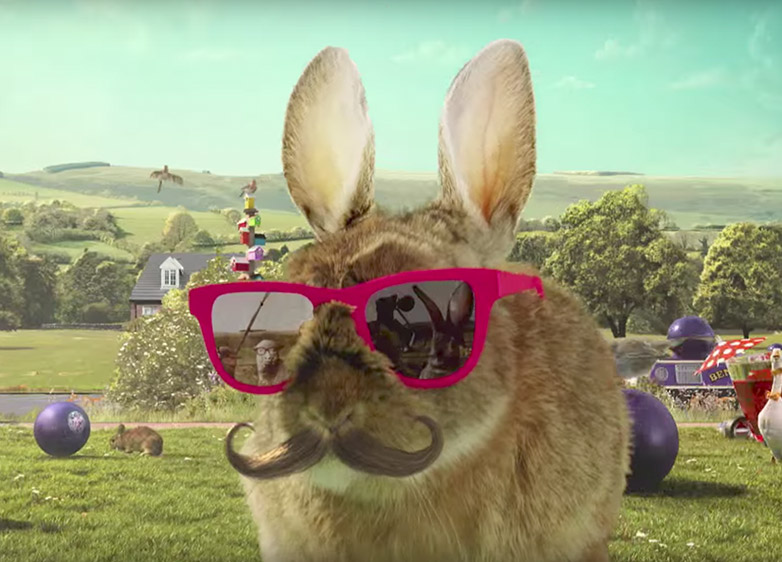 As I sit here today at my computer keyboard, it’s early November and hard to believe that 2017 will soon be drawing to a close. Halloween is merging into Guy Fawkes night which merges into Christmas. That for me brings into focus something that slips away from us all, no matter how hard we try to cling on to it – time. Trying to find enough spare time to kill by doing something like watching a movie, well, let’s just say that is something which is rather difficult these days. I mean it really doesn’t matter just how good the next blockbuster movie is, if it’s 3 hours long, I am not going to be watching it. But that’s ok. It is possible to tell a story, make you laugh and even give you a moral to take with you within a film format which will last just 90 seconds.

Television advertising is massive, taken on by huge companies spending millions to grab the attention and more crucially, cold hard cash from you sat on your sofa at home. But in reality, it’s just like any other marketplace irrespective of size, with individual companies looking for your attention.

Good television adverts stay with us for years, where various corporations have endeavoured to line up their brand identity with something original and creative to stay with you and show something of how the company would like to be thought of by you the consumer.

However, it could be said that so do the bad ones, but I don’t want to dwell on the bad things in life I want to share with you the five best and most creative television adverts that have been beamed directly into your eyeballs over the last twelve months or so.

Ostrich “Do What You Can’t” – Samsung Virtual Reality by Leo Burnett.

This is an absolute masterwork that lets you see the world, virtually, through the eyes of an ostrich looking through virtual reality glasses. Still with me? The narrative sees a group of ostriches walking across the plain early in the morning, when a slightly more adventurous ostrich sets out to start picking through the plates and food scraps on the tables outside a house after a party the night before. While doing this he flips over a virtual headset which lands on his head and he instantly sees himself flying through the clouds thanks to the realism of Samsung virtual reality. With the headset on he spends the day soaring and swooping, sprinting and crashing to the ground. Then, finally, the next morning, he sets off running as fast as he can before flapping his wings and flying up to the clouds leaving the other ostriches on the ground looking up at him as the lifting chorus of Rocket Man by Elton John swells up behind him. I love watching this and it genuinely lifts my spirits on a rough day.

Trying to talk you though this ad is essentially impossible. With dance-trance song “Zooby Doo” by the duo Tiger Monkey bouncing along throughout, your eyes are overstimulated by robins with hats riding glasses of blackberries, owls flying past shooting lasers from their eyes, rabbits with moustaches wearing pink sunglasses, dancing geese, hedgehogs floating past clinging to balloons… as I say this one you really have to see. At the very end the warm voice of comedian Norman Lovatt closes up with the tag line, “you can’t get more Ribenary”.

I would say that this is certainly my favourite of this short list. Showing an unwanted dog go on his journey from arriving at Dogs Trust, getting fed, being washed, having training and going for a walk always carrying what appears to be his favourite toy, a knitted man, until the real man himself, his new owner, arrives and peers in through the glass. A fantastic idea so very well made and accompanied by a stripped down piano cover of “I only want to be with you” by Hope. If you are not moved near to tears by this 61 second story, then you must be wired up wrong.

Flash Cleans Up the Impossible – Proctor and Gamble

Fans of Frank Sidebottom will already know a slightly altered version of the song Flash Gordon by Queen, and now thanks to this beautifully avant garde 31 second burst of madness, we have another one. From the moment that the camera zooms in on a headshot of the white labradoodle as he exclaims “Where! The hell, has all the mud gone!” to the final shot when his head bobs up over the now spotlessly clean worktop, I sit and watch with my mouth open. I can’t describe this, go and find it for yourself.

In this series of forty to sixty second dramas, Harvey Keitel reprises the character of Winston Wolfe that he played in Quentin Tarantino’s cult classic, Pulp Fiction. Instead of doing anything like helping clean up after someone is shot as he did in the 1994 movie, Winston helps a series of random folk with their insurance claims.

This run of ads actually began back in October 2014 and are still on your screens today after having survived a bid to get them banned as well as taking a whole load of flack from people complaining that Keitel had in some way “sold out” by doing the ads, probably because they hold the movie so dear. But to my mind these are advertising gold and what creative marketing is really all about, finding a fresh, funny and interesting way to sell what is, in all fairness the most boring of all products, insurance.

This year saw the return to our screens of of He-Man and Skeletor in the most epic of fashions in the form of a Money Supermarket advert. Again a series of these spoofs were created and our favourite has to be the remake of the classic dirty dancing scene.  Money Supermarket has followed a popular trend of late with TV advertising of redeeming previously forgotten characters and characters to whom a younger audience may have no knowledge and presenting them in a very different and somewhat comedic light. See if you can make it through this video without cracking a smile.

So, in essence, advertising is advertising, but good creative and original advertising will say a lot about your brand identity and stay with your customers for a long time (one listen and Zooby Doo will be in your head forever!).