You Tube Marketing: Searching for Halloween. 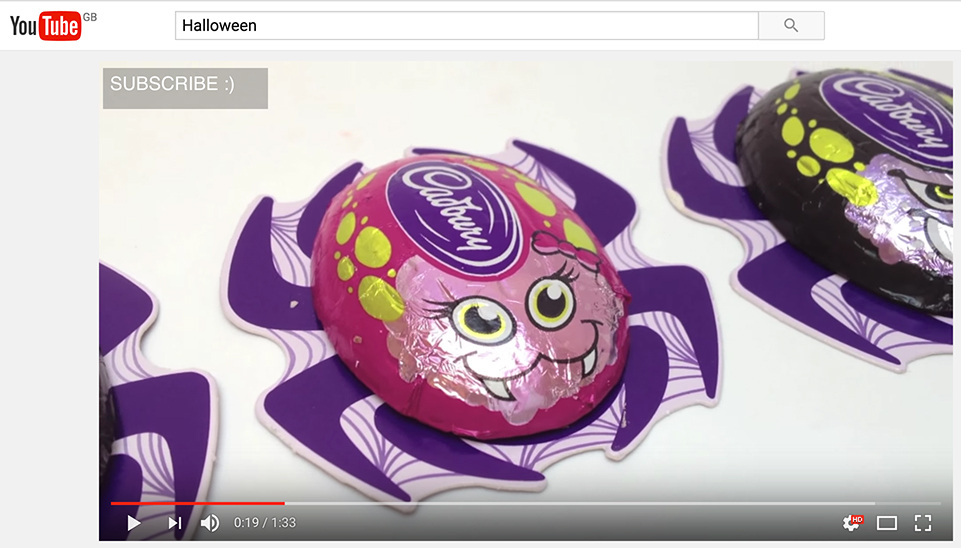 TRICK OR TREAT!…. Really is it that time of year again? As a man in his early forties, personally I am of an age where Halloween wasn’t such a big deal, ‘when I were a lad’. In actual fact my parents believed that trick or treat was a sort of begging and refused to allow me to do it. In 2016 however Halloween is very big business, it has become equally as prominent as Guy Fawkes Night and very nearly Christmas. Every store has a spooky theme to their window displays and so many household names put a little Halloween spin on their branding and packaging in the run up to the big day / night. Yes that’s right, it’s the time of year when you’ll see entire families covered in fake blood and pale make up wander the streets looking like a remake of Micheal Jacksons Thriller video… if it was re-shot with a budget of just under a tenner. 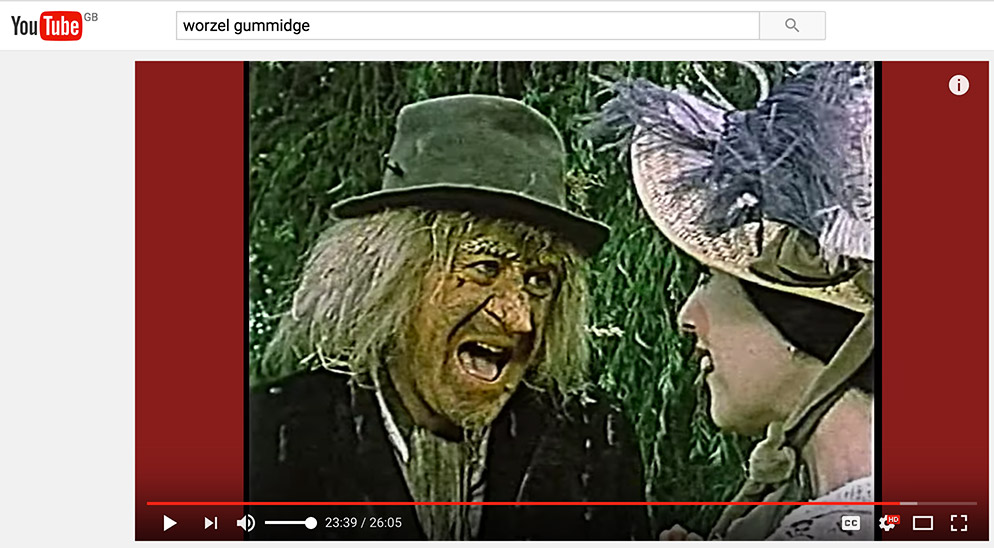 However, back when I was a kid I remember Halloween being mentioned on the TV but from my memory it wasn’t really portrayed in the same sort of fun way, but that’s not a surprise is it. Kids TV was a lot more sinister in general in my day. For instance who remembers the nightmarish vision of Worzel Gummidge? A scarecrow who magically came to life, or you could say was possessed, and got into all sorts of apparently fun adventures…. I suppose, it’s difficult for me to really say exactly what he did because I was too terrified to watch it. I remember seeing about two minutes of one episode which will be etched in my memory for evermore. I watched in horror as Worzel went into his shed where he kept his three spare heads… oh yes three spare heads, all talking and arguing between each other. 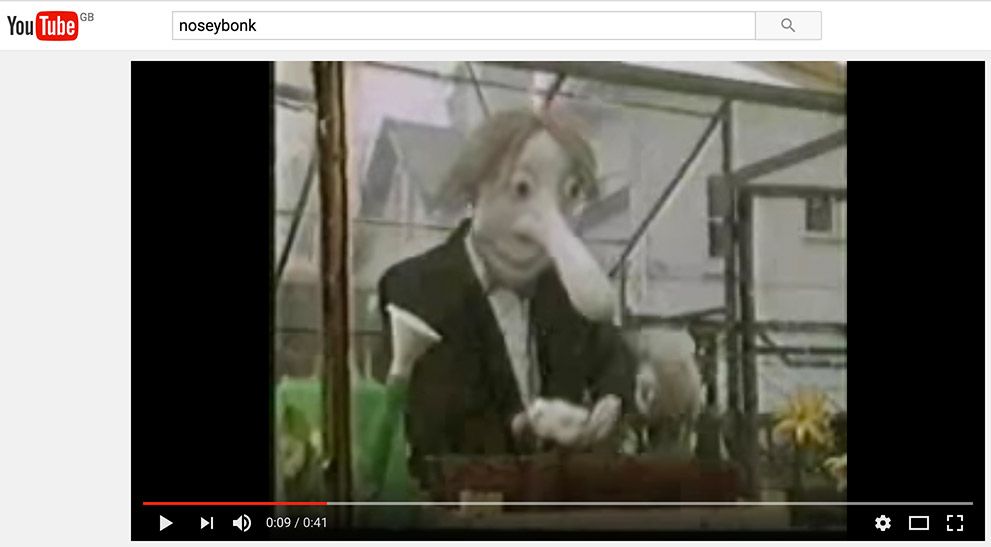 Whilst we are on the subject, do you remember the truly horrific creation called “Noseybonk”? This truly evil specimen gave me actual nightmares and ruined the otherwise marvellous program “Jigsaw”. Google his name if you dare, “Noseybonk” looks like he was created by someone who dropped acid in a badly lit hall of mirrors full of mannequin shop dummies. The terror was compounded by the way it was shot. Noseybonk was a man in a black skin tight suit with a big white mask that had a massive nose and a drawn on mouth. This horrific creation moved in stop frame animation. Fast, jerky, shaky, he would disappear and reappear, terrifying. I was obviously not the only child traumatised by this because someone has re-made a few of these, in full horror style and posted them on YouTube. I have only seen the one, that was enough. 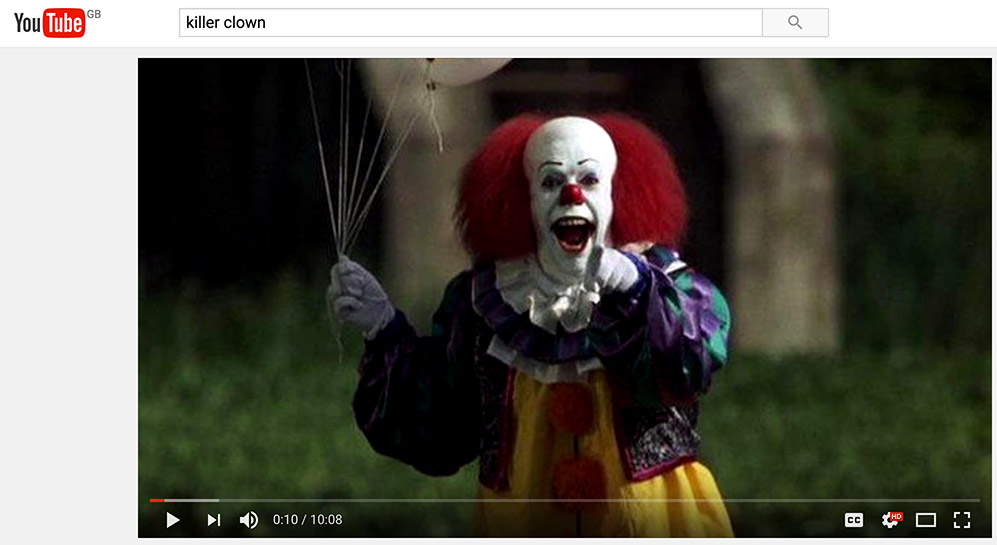 With YouTube marketing in mind and as Halloween generates over an astonishing two hundred and seventy five million pounds a year it’s easy to see why advertisers are so keen to jump on board in the fight for Halloween publicity. As well as producing more and more of their Halloween branded products on the shelves specially for the spookiest time of year, many major brands are creating special adverts for television and YouTube marketing and giving customers extra online content. Recently the darker side of an apparently fun holiday has created the “Killer Clown” craze which gained its momentum from YouTube, however You Tube clips focused on Halloween are also an avenue for advertisers and brands to reach the public. Historically this is mainly American brands where modern Halloween is a truly massive date in the dairy but some brands closer to home are getting in on the action. Cadbury’s, Mini Cars, Guinness, Heinz and even Dulux paint have all been active in a bid to catch the eye of the spooky shopper. The Dulux Repel Paint Horror Ad is actually genuinely frightening and was banned in Austrailia. 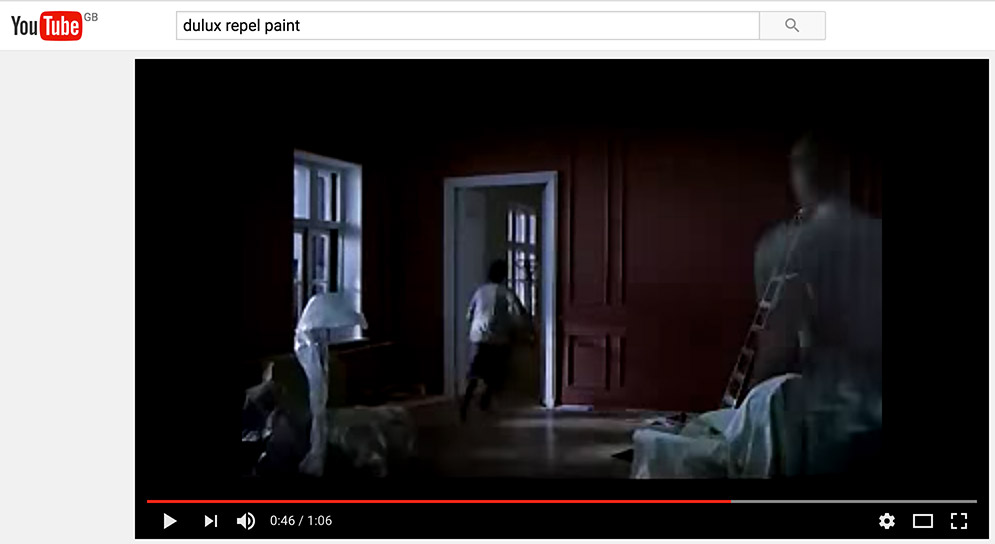 Whether it is videos of people pretending to be clowns to terrify passers-by, in the hope that they will become an internet sensation. Whether it is searching for zombie makeup tutorials or the best Halloween costumes for dogs or even looking up the best Halloween song of all time (it’s “Wicked Annabella” by The Kinks, yes really it is, don’t believe me go and YouTube it). Or even if it is a brand focused marketing campaign, YouTube has now become the centre point for buzz marketing, an area to create a marketing campaign to go viral, gain likes, drive traffic all linked into the latest event in the calendar. It is after all the second biggest search engine, just after google. Over the last few years YouTube Halloween searches have grown sharply with Halloween-related videos being viewed over 2billion times and in 2015 Halloween google searches jumped up by 49% from 2014. 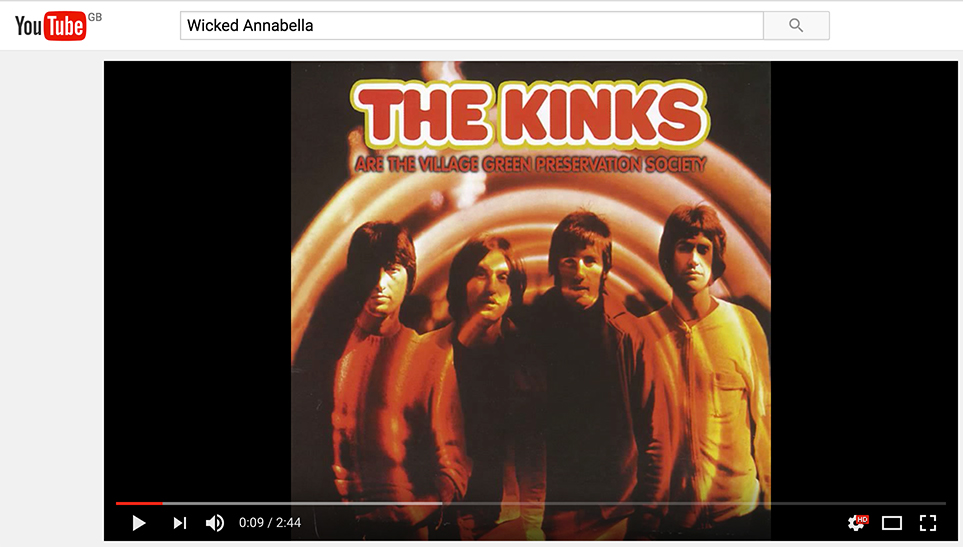 It is well documented that some people actually enjoy being scared, however to me Halloween 2016 will show me nothing more scary than Noseybonk and the Scarecrow that I hardly dare speak the name of who are infinitely more terrifying than any Halloween vampire, zombie or killer clown that you can imagine. But don’t let me stop you looking for the brands out there that are grabbing attention through viral YouTube marketing. Halloween is the latest date to add to your marketing diary.  Make your brand the spookiest brand in Britain with some well placed YouTube marketing and on the night itself, enjoy scaring yourself by watching the best horror film of all time (Carrie). Listen to the best Halloween song ever (it’s Wicked Annabella, go on YouTube it now!). And if the mood takes you, dress your dog up in a Halloween costume, maybe, Darth Vader for instance. 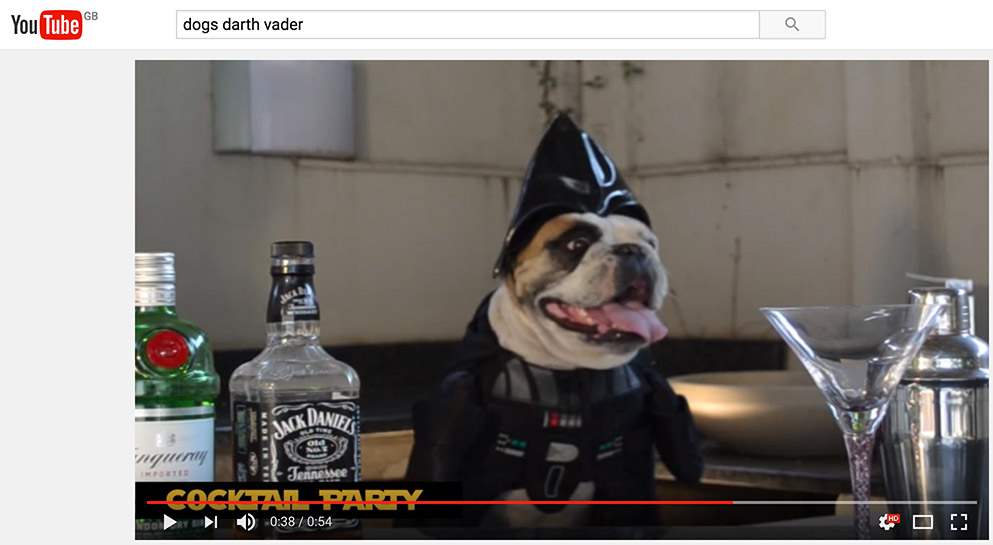