You are here:
Web 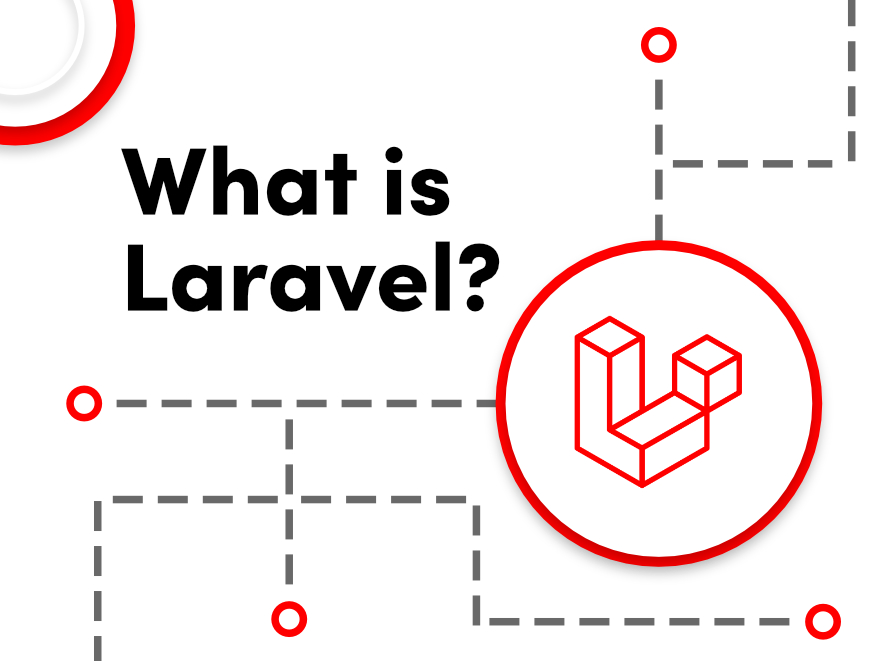 In the world of programming and web development, there are multiple ways to build an application, or a website and a large scale of frameworks that can be used to build such applications. Laravel is an open-source PHP web application framework, providing a structure and a starting point for creating an application.

Bright fact: PHP is the most frequently used server-side programming language and 88% the websites are built with PHP.

Laravel is one of the most widespread frameworks having a powerful set of functionalities on a wide scale and is provided with a well-defined toolbox that allows the developers to write less code leading to fewer possibility of errors.

MVC Architecture Support: Laravel has MVC (Model-View-Controller) architecture which provides faster development process; one programmer can work on the view while another is working on the controller to create the business logic for the web application. It offers multiple views for a model, and code duplication is avoided because business logic is separated from presentation.

Effective ORM: Laravel includes an inbuilt ORM (Object-Relational Mapping) with easy PHP Active Record implementation. An effective ORM allows the developers to query the database tables by using simple PHP syntax without writing any SQL code. Each database table has a corresponding “Model” which is used to interact with that table.

Unique Unit testing Laravel offers an exceptional unit-testing where the framework can run various test cases to check whether new changes harm the web app or not. Developers can also write the test cases in their own code.

Secure Migration System: The Laravel frameworkcan make changes to the database automatically without requiring the developers to put extensive effort every time to make changes, and the migration process of Laravel is very secure and fool-proof. In the entire process, PHP code is used rather than SQL code.

Artisan: Artisan is a command line tool that is built into the Laravel framework, and it helps preform repetitive programming tasks that developer would normally be required to do manually. These artisans can be used to create the skeleton code, database structure, and their migration, so it makes it simple to manage the database of the system. It can also be used to generate MVC files through the command line. Artisan also permits the developers to create their own commands.

Libraries and Modular: Laravel includes pre-installed libraries added into it which are not added to other PHP frameworks, making Laravel one of the widely used frameworks with object-oriented libraries. One of the most well-liked libraries is an authentication library that contains several useful features such as password reset, monitoring active users, Bcrypt hashing, and CSRF protection. Laravel is divided into various modules, that follow the PHP principles. This allows the developers to build responsive and modular apps.

Laravel has a vast number of features helping developers create amazing web applications and with a new release coming in January 2022 (Laravel v9) with a new query builder interface, we look forward to seeing the framework grow further.

At Brightbulb Design, we have years of knowledge in web applications and programming. Our web designers and developers are skilled in these aspects. Brightbulb Design help brands and companies to grow beyond expectations. If you require help with your project please contact us on 01983 506505 or email us on hello@brightbulbdesign.co.uk and check out our previous projects: https://www.brightbulbdesign.co.uk/portfolio/